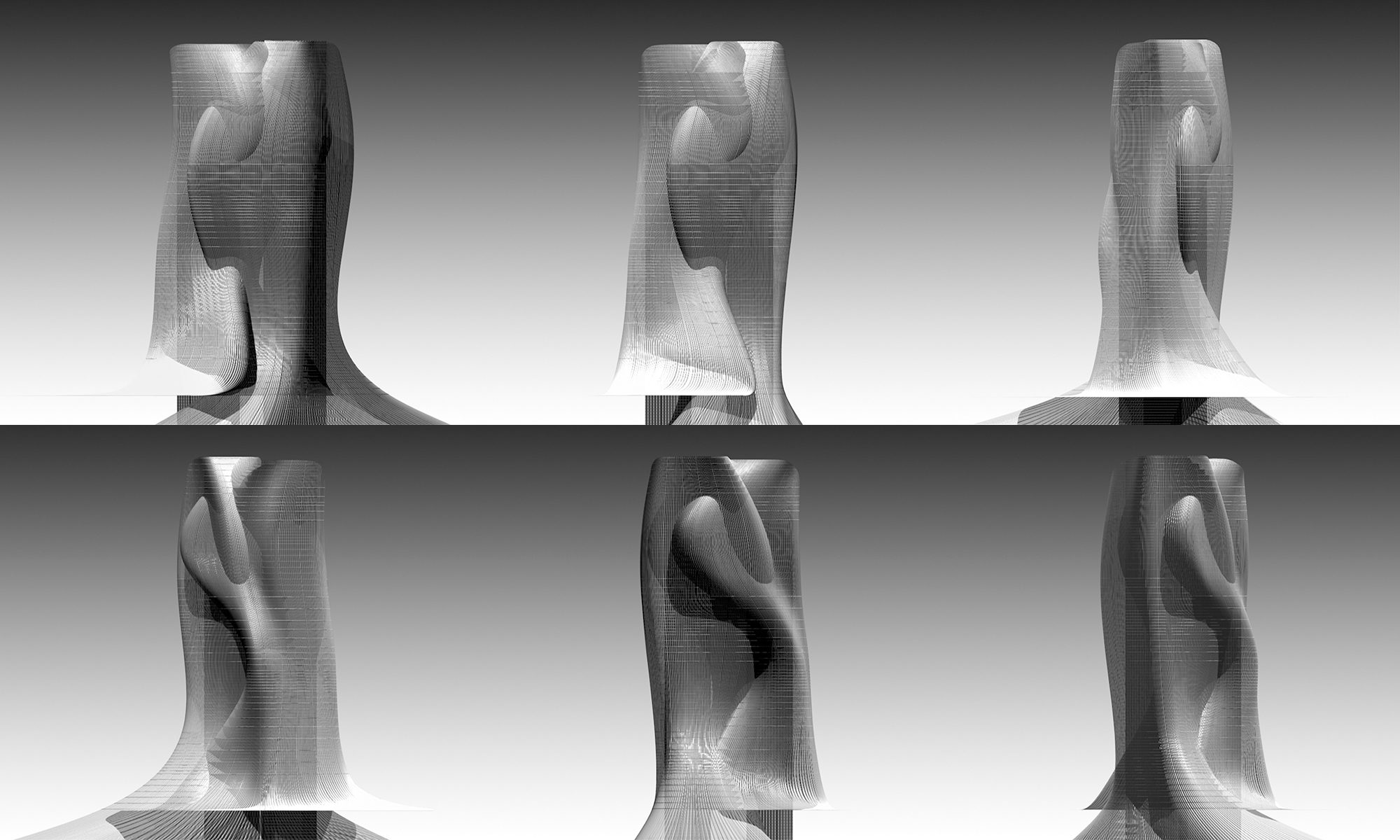 The project is included in the Prints and Photographs Division of the Library of Congress in the United States and the FRAC Centre (Fonds Regional d’Art Contemporain) in Orléans, France.

The ‘human’ signifies a strategic, translational sign that gives ground to, or gains ground for, emergent demands for representation, redistribution and responsibility. Homi K. Bhabha

Architecture must be projective. It must point to the emergence of new social arrangements and to the construction of new institutional forms. Jeffrey Kipnis

The study for a new World Trade Center for New York Commissioned by the Max Protetch Gallery in New York proposes a World Center for Human Concerns as a space for all peoples and cultures that don’t enjoy formal political representation. The volume of the proposed World Center is blank and in apparent formation. It remains intelligible whether a single object folds upon itself or divides, or whether two objects are entwined. The object/twin is and becomes both one and many at the same time. As a memorial to the drama of 11 September 2001 and a statement against all acts of violence, the 440 meter tall volume of the World Center is draped around the voids left by Minoru Yamasaki’s Twin Towers. The voids are visible as vague figures behind the textured and folded skin.

The spatial, structural and circulatory organization of the World Center is achieved by the articulation of the building envelope, which is organized as an interlocking basket-like structure. The intersecting envelope of the World Center forms three main spatial volumes that can be individually designed and programmed. This approach shifts the emphasis from the horizontal ‘block’ arrangements to deep spatial planning with emphasis on topological relations between three dimensio-ally arranged  spatial ‘pockets’.

Connectivity is a key criterion for the relation between the spatial pockets and circulation across the entire volume of the scheme, which abandons the common high-rise organization of central service and circulation-cores and uses instead the building envelope as a space for circulation. 120 vertical circulation channels are nested within the skin and form primary elements the basket-like structure.

The ‘thickening’ of the space of existing buildings by adding layers around them, yields the question of very deep plans and daylight in deep structures. By questioning an equal need for daylight, differentiated interior habitats can be articulated instead that can be programmed over 24 hours with areas of ‘permanent night’. Darkness can also foster and support interior ecosystems modeled after dark regions of rain-forests and the oceans, where even in the lowest and darkest regions ecologies flourish.