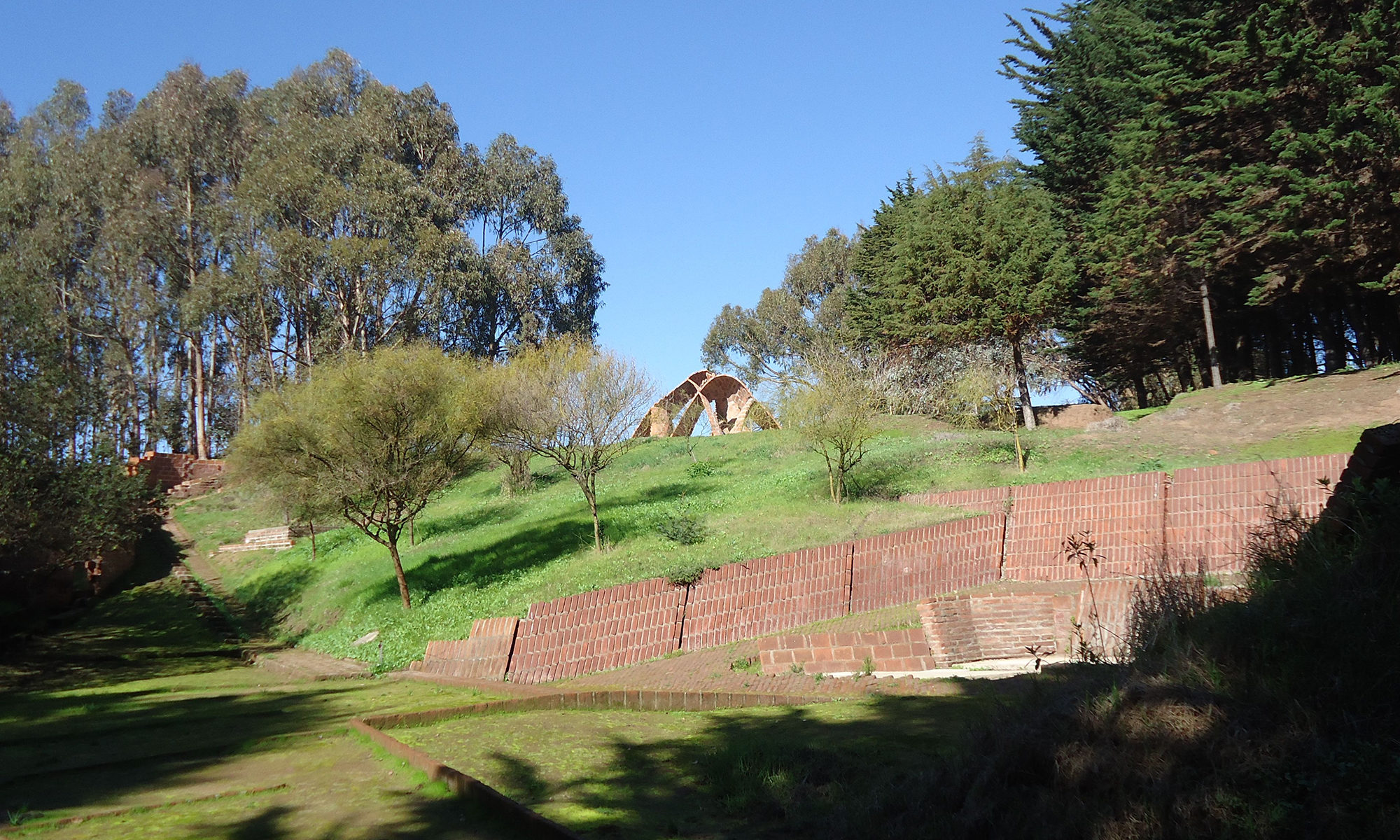 Financed by: Research Center for Architecture and Tectonics, Oslo, Norway.

Endorsed by: The Embassy of Chile in Norway, the Norwegian Association of Masons and Bricklayers.

Award: Excellence in the use of Brick, Byggutengrenser, Norway.

The masonry structure consists of interconnected sub-shells that are nested to form a vault between two cavity walls. The design also involved a strategy of branching as a principle to span and to create nested spaces. The design was limited to twelve sub-shells in creating the overall shell articulating a volume of 162m³. Each sub-shell has a thickness of 55mm. The span is 7 meter in both directions with a height of 3.3 meter. A total of 1000 bricks were used, with a total weight of approx. 2800 kg including mortar. Since the completion of construction the structure has experienced earthquakes of up to 7,4 on the Richter scale.

Seven years after construction and after enduring numerous strong earthquakes Nested Catenaries 3 still stands. One recent damage occurred due to mechanical impact. The proprietors assume the damage was caused by a horse-kick.